Without a doubt, Mother Teresa (1910-1997), was one of the most influential humanitarian and advocate for the poor and helpless throughout the world.

Recognized by individuals, governments and organizations, Mother Teresa spent her entire life caring for the hungry, the naked, the homeless, the crippled, the blind, the lepers, all those people who feel unwanted, unloved, uncared for throughout society, people that have become a burden to the society and are shunned by everyone.

After a lifetime of devotion to her work, by 1996 she had established and was still operating 517 missions in over 100 countries with thousands of missionaries serving the poorest of the poor.

Upon her death, the following poem was found engraved on a wall of Mother Teresa’s home for children in Calcutta, India. Though based on a composition originally written by Kent Keith “The Paradoxical Commandments”, it has been re-written in a more spiritual manner and re-named “Do It Anyway”.

People are often unreasonable, illogical, and self-centered;
Forgive them anyway.

If you are kind,
people may accuse you of selfish ulterior motives;
Be kind anyway.

If you are successful,
you will win some false friends and some true enemies;
Succeed anyway.

What you spend years building,
someone could destroy overnight.
Build anyway.

If you find serenity and happiness,
they may be jealous;
Be happy anyway.

The good you do today,
people will often forget tomorrow;
Do good anyway.

Give the world the best you have,
and it may never be enough;
Give the best you’ve got anyway.

Spirits of the Dead

The Traveler in the Night

Open Up To Your Shamanic Faery Connection For Enlightenment 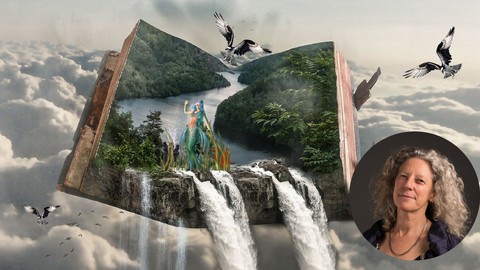 What does it take to see the new world?

What Is The Serpent

The Knowledge of the Forever Time – Part 8

Between Lives Regression - Hypnosis Between & Beyond Lives

MindfulGod.com is a participant in the Amazon Services LLC Associates Program, an affiliate advertising program designed to provide a means for sites to earn advertising fees by advertising and linking to (“MindfulGod” (amazon.com, or endless.com, MYHABIT.com, SmallParts.com, or AmazonWireless.com).
MORE STORIES

Please Call Me by My True Names

Spirits of the Dead

The Traveler in the Night